Lessons From a Little Boy and His Truck: One Mom’s Pre-Adoption Reflection 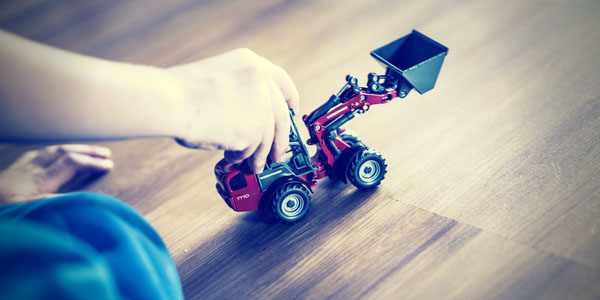 In this essay, an adoptive mom and WACAP supporter reflects on being a newcomer to the adoption process as a single mom-to-be. Attending an adoption class at the agency she was considering, she left the session thinking about the family whose adoption story she’d heard that day, but also about the important story that wasn’t shared …

“Connectedness: Lessons From a Little Boy and His Truck”

Essay By Karen Skalitzky, Adoptive Parent and Friend of WACAP

I still remember my first adoption class four years ago. A little Russian boy, whose only audible word was truck, ran and up and down the rows of seats in the auditorium. His eyes were fixed on his bright yellow dump truck. His thick little legs swished back and forth against the inseam of his jogging pants, while the weight from his diaper rounded out his backside.

He announced this as he fishtailed his truck over the backs of the chairs, brushing up against the shoulders of childless couples and running into the knees of others. The auditorium was vast, too big for the scattered pairings of adults and single women. Fluorescent lights bounced off the white walls. This was my first public step into the world of adoption. I had to take several deep breaths before walking in solo, feeling that familiar mix of sadness and shame. I sat towards the back noting the exit doors. I didn’t know what to expect.

A social worker stepped up to the microphone and welcomed us. The little Russian boy cocked his head for a moment and then kept right on going. Focused solely on his truck, his presence seemed to soften the unspeakable in the room. Couples moved in closer to one another. Would-be moms smiled as dads-to-be patted his back or tussled his thick brown hair.

The words lingered in his wake.

I couldn’t take my eyes off of him. I kept thinking about his parents. Not the parents who were sitting on stage in front of us, regaling the auditorium with tales of paperwork and travel and diving into toddlerhood full force. I was thinking of his birth parents, the mother who carried him in her womb for nine achingly painful months, and the father, who is woven into every gene of his little compact body. We didn’t hear their story.

I wondered what it was like to relinquish such a beautiful little boy with his wide forehead and round cheeks. What if his mom had been secretly delighted to have him growing inside of her? What if the father had struggled mightily to keep him? Had they intended for him to be raised in the United States? Had they consented to his journey across the Atlantic? Did they even know where he was?

The possibilities seemed endless. Somewhere out in the world were the two people who had created him, just as he is, this little Russian boy in a blue and red rugby shirt with white stripes running down his pants. I couldn’t focus on the presentation. I didn’t care about the fees and the paperwork. I didn’t care about the agency’s long-standing history. There were two other people involved in the process whose stories I’d only casually considered, and always as one-dimensional.

The little Russian boy rounded the corner to my row. I ached for his birth parents. How their loss could be someone else’s dream fulfilled was beyond my reckoning. I also ached for the part of me that wanted to be a mom that had listened to friends talk about late night feedings, teething rings, play dates and Hot Wheels. I watched as he jostled his truck over the arm rests. Our eyes met for a half a second. His cheeks were flush. His brown eyes wide with wonder.

Then he darted his truck past my knees and moved down the row. When he got to the end, he turned toward the front of the auditorium. His dad stood up and walked to the edge of the stage, smiling. The little boy turned back, glancing up and down the remaining rows, and then to everyone’s delight, he dropped his truck and ran straight into his dad’s outstretched arms.

In that moment I knew we are all intricately connected to one another—that life weaves its own delicate web of heartbreak and joy. None of us stands outside of it. And none of us stands alone.

Later that night my cousin called, and I told her what happened. She is the mother of three, her eldest son having died in utero. “If I had to give up either one of my children,” she offered, “I’d want them to be someone’s joy. That is exactly what I would want.”

About Karen: Karen Skalitzky is “a proud (and often humbled) mama.” In 2015, she and her son “adopted each other and became a family.” A former educator, she is an author, speaker, and spiritual director. She blogs about her and her son’s adoption journey at www.Godisbig.us. Essay above reposted with permission.

Thank you to, Karen, for sharing this perspective about the loss, joy and connections that weave families’ stories together through adoption.

WACAP (World Association for Children and Parents) is one of the largest and most experienced international nonprofit adoption and child assistance agencies in the United States. Since 1976, we’ve placed over 10,000 children with loving adoptive parents and provided food, medical care and education to more than 200,000 children around the world.
View all posts by WACAP →
This entry was posted in Adoption, Adoptive Parents' Perspectives, Pre-Adoption, Reflections and tagged Adoption Process, Birth Family Search, Birth parents, children, Emotional Response, Parenting, Relationships, Relinquishment, Russia. Bookmark the permalink.